We were excited to start the “banned” series with the young people with an evening exploring controversial music and controversy itself a little bit. It turned out to be really interesting. We started with Jesus Christ Superstar and picked our way through some classical music, birth of rock ‘n’ roll and jazz and the peace movement to some songs that the BBC censors still today. Did you know that “I am Sailing” was withdrawn from the playlists on radio at one point? Can you guess the reason? Now you’ll have to go and find out!

As usual, we enjoyed cakes and hot chocolate at the start. We had seven young people and hope that we might get just a few more. We’ll be moving on to The Shack for the rest of this autumn’s sessions. I’m reading it for the second time, and it’s a really good read. Obviously not as gripping as on the first reading, but so full of fresh thoughts on God and faith that I know I’ll be picking it up again after a couple of years. 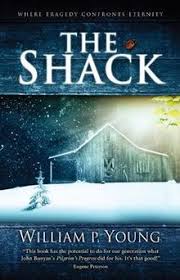 And why is The Shack controversial or banned? Because certain influential people regard it as unbiblical. Should you be reading books that suggest that God doesn’t care very much about religion but is especially fond of every human being? Without exception. Is it heretical to be messing around with religious stereotypes, or dangerous to describe God as a black woman with a great sense of humour? I think we’ll enjoy discussing these and other questions!

This site uses Akismet to reduce spam. Learn how your comment data is processed.